Where the Story Begins:

Out west, in the great state of Oregon (pronounced Or-ee-gun), there is a small country town named Madras, our home. Like most small towns this one hasn’t changed a lot and certainly not with any great amount of speed. But near this town on the south-eastern border of the Warm Springs Indian Reservation flows a portion of a river that has everything you could ask for in a scenic waterway.

You can see river otter, mink, osprey and enjoy good fishing. This river flows through the high desert of central Oregon, a setting that makes for beautiful and peaceful camping along it’s banks. Best of all, though, is that this river has excellent white water.

The Deschutes River has born many a river rat and Tom Grant is one of them. He started rafting back in 1961 when most rafts were nothing more than army/navy surplus which was so shabby, sometimes, that they seemed to have the bullet holes still in them. These were in turn set up with makeshift frames. River runners were a crazy lot back then and couldn’t be trusted to take the more reasonable route through the rapids no matter how much you begged and pleaded.

This didn’t stop Tom from falling in love with the river and with each passing year he logged more and more miles on various rivers throughout Oregon. Some of these were the Rouge and Illinois rivers in southern Oregon. Also, to name a few more, are the Klamath, Metolius, John Day, and the Grande Ronde rivers.

It was on one of these trips while going through a fairly technical rapid, that an oar twisted in his grip and laid the blade flat in the water. He lost control of his raft and was put into a very hairy predicament. Luckily, Tom was skilled enough to pull through, but this got him to thinking about a way to help prevent something like this from happening again.

He put his mind to work on the problem and in 1982 came up with a crude device made of wood that didn’t even resemble today’s Oar-Right and really didn’t work that well, to be honest.

Next, he made a slightly larger model made of aluminum.  This worked better but Tom still needed to find a better way to attach it to the oars.

In 1983 he bought out Cumbow Oar stops and using the oar stop as the platform whittled another model out of wood again and this time the Oar-Right looked like it does today.

Tom found a company in the Portland metro area called Plastic Developments to make a mold and make the product. He attached the first pair of Oar-Rights to a pair of oars and took it for a test run down the river and to his surprise, worked better than expected!

Well, this showed promise, so he started working on improvements in the design and function and came up with the Oar-Right of today’s standards.

But wait, if this could work so well for Tom then why couldn’t it work for everyone?

He decided that he could market his product and that’s exactly what he did. He got started on the production of the Tom Grant Oar-Right and around the same time bought the Oar Stop company in Portland and started developing improvements on it.

Toms family, wife, June, daughter, Monica, and son Mark, have been behind his venture from the beginning. To date, Tom is now the leader in this particular market and sees a bright future for Oar-Rights. He and his wife still reside near that small town and his children have grown up and had families of their own and yes, they are still passing on the rafting tradition.

In Tom’s own words “I came up with the idea for the Oar-Right to help keep our family safe while enjoying our favorite pastime”. Now you too can add that extra margin of safety for you and your family with Tom Grants Oar-Rights.

Please feel free to e-mail us pictures and to share with us your experiences on the river, lakes, or oceans. Who knows, we just might put it on this site for all to enjoy.

The Order Form
is Back! 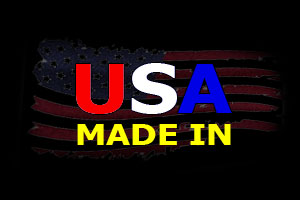